All Hands on Deck: Open Spinal Fracture in Poudre Canyon

All Hands on Deck: Open Spinal Fracture in Poudre Canyon 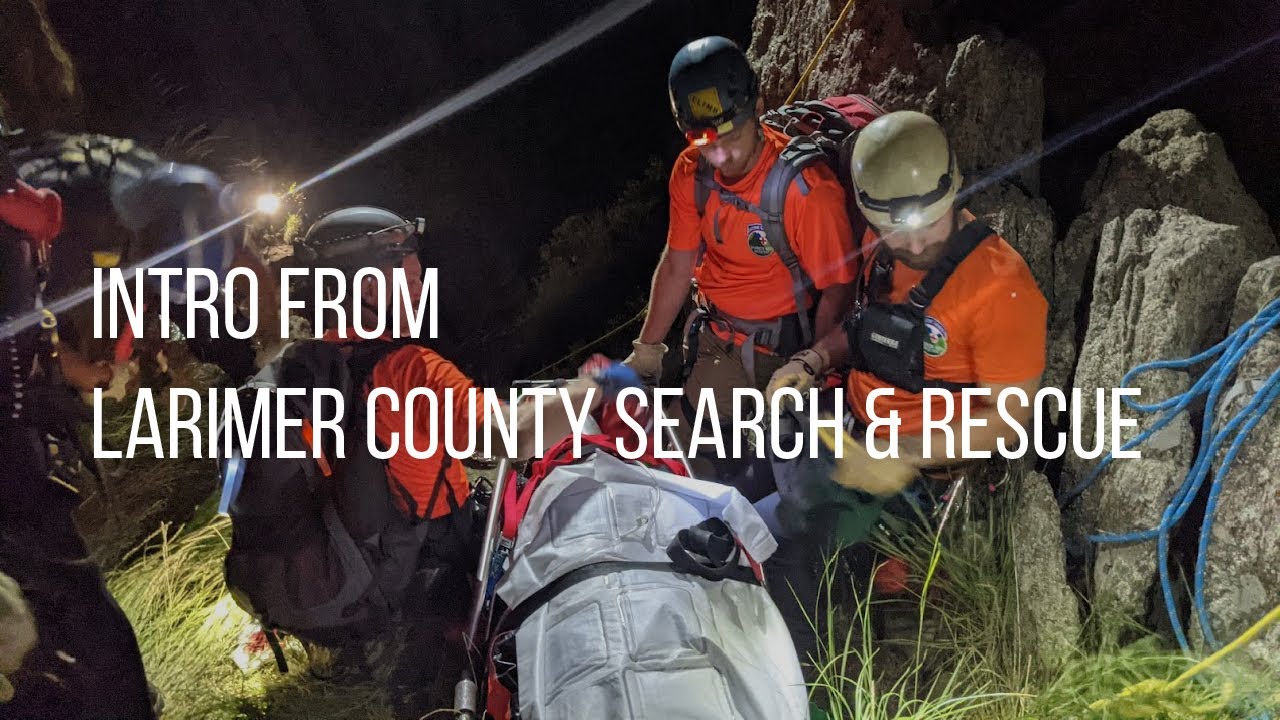 Jon Rees was in his living room, wading through a heap of nursing homework, when his rescue pager went off. A climber had taken a 30-foot fall in nearby Poudre Canyon, at a popular after-work climbing area called the Happy Hour Crag. It was an easy place for climbers to access but a river crossing, steep scree field, and perilous network of ledges made it a tough place for rescues. He checked the time. 9:00 PM.

Rees had clinical rotations at 7:00 AM the next morning, but as an avid Larimer County Search and Rescue volunteer and a passionate climber himself, he knew he couldn’t say no. So, he pushed the books aside, grabbed his keys, and hit the road.

By the time Rees reached mission command at the crag parking lot, a crew had already started to assemble. The sheriff’s department and transportation officials were busy cordoning off the narrow, winding highway. Rescuers were pulling up in trucks, divvying up gear and coiling ropes. Soon, a team of rescue divers would arrive to scope out the river. At that point in July, it was swollen with peak snowmelt and waist-deep in places. They set to work rigging a ferry crossing.

Amid the chaos, Rees glanced across the river at the cliff—and did a double-take. The whole 250-foot face was lit up bright as day. Hovering above it, holding the spotlight, was a drone. Cliffy terrain makes for a treacherous rescue, but spotlights from vehicles and a hovering drone helped light up the scene. Photo courtesy of Larimer County Search and Rescue.

The climber’s partner, Rees discovered, had called in to report the accident (the partner was now at the parking lot, safe and sound). In response, the Sheriff’s department had flown a drone to the patient, establishing contact and exact coordinates with unprecedented speed.

The patient had been alert, and able to use hand signals to answer questions broadcast through the drone’s small speaker. Now, the rescuers had an advantage. They knew where he was, that he was responsive, and that he had spinal injuries—which means they’d need a litter to carry him out.

With that knowledge, the volunteers were able to grab exactly what they needed and make a beeline straight to the patient—shaving minutes of valuable time off the rescue.

Jon grabbed his pack. He hopped in the boat the divers had set up and ferried across the river. On the other side, the rescuers stepped onto shore. Rees looked up at the terrain ahead.

To reach Happy Hour Crag, he saw, the rescuers would have to climb a steep, 250-foot scree gully. The whole thing was filled with loose rock. One wrong move, and it would turn into a bowling alley. So, the teams spaced themselves apart. Rees’s team would go first. Team 2 would wait for them to step clear of the gully before starting up.

Team 1 tightened their packs and picked their way carefully up the slope. At the top, Rees quickly rigged a hand line to help rescuers traverse the narrow ledge to where the patient lay. Then, he picked his way over to scope out the scene. Below the patient was a 25-foot drop off. Above him: nothing but sheer vertical rock. This was going to be tricky. Jonathan Rees and the other rescuers set up a rappel to scope out the terrain ahead. Photo courtesy of Larimer County Search and Rescue.

Rees set up an anchor and rappelled down a rock chimney and into the scree gully to scope out the descent. By the time he got back up, the patient had been assessed and packaged into the litter. The paramedic looked serious. The patient, he said, seemed to have an open spinal fracture. Pieces of his vertebrae were protruding through the skin of his back. It didn’t look good.

The rescuers hooked the litter into the lowering system, and Rees and one other volunteer hopped on to manage the descent. But as they started down, they realized the tighter sections of the chimney were longer than they’d looked in the dark. The first constriction wasn’t a full 20 feet long. The only way to get through was to straddle the litter—and tip it even further vertical.

As the rescuers worked to make adjustments and keep the litter free of obstacles, the patient started to backslide. He’d been vertical for too long, and he was hit by waves of dizziness and nausea. Rees knew that if he got too dizzy and passed out, he could be in serious trouble. And if he started vomiting in the litter, he could choke. They needed to keep him awake, and they needed to move fast. A river crossing, steep scree field, and sheer cliffside meant over 50 rescuers were needed to pull off the mission. Photo courtesy of Larimer County Search and Rescue.

Rees and the other rescuer went into double-time, deftly maneuvering the litter to get through the constriction. Within 10 seconds, they were able to tip the litter back again. The patient’s symptoms subsided, and they lowered the last 15 feet into the gully where Team 2, a mix of search and rescue volunteers and local firefighters, took over. Rees stayed close to the litter, answering the patient’s questions, joking with him, and keeping him awake.

At one point, Rees heard a low whistling sound, and ducked—just in time to dodge a cantaloupe-sized rock that had gone whizzing down the gully within inches of his head. Rees took a deep breath. They weren’t home free yet.

Together, the rescuers lowered the patient down the rest of the scree. At the bottom, more volunteers and firefighters jumped in, grabbing the litter and carrying it to the boats as quickly and carefully as they could. After the river crossing, rescuers had one final obstacle: carrying the litter up a steep, vegetated bank to the waiting ambulance. Photo courtesy of Larimer County Search and Rescue.

Then, the last hurdle: the steep bank between the river and the road. The rescuers set up a final pulley system, hooked up the patient, and scrambled to push and direct the heavy litter up the slope.

By the time Rees watched the ambulance speeding away to the hospital, it was almost dawn. The whole rescue had required the cooperation of at least five local departments, more than a dozen search and rescue volunteers, and about 50 total personnel. It was one of Larimer County SAR’s most complex rescues of the season.

As for Rees? He got home right around 5:30 AM—just in time to finish his homework.

THANK YOU AAC AND ROCKYTALKIE FOR CREATING THIS AWARD!!!!
Unless you are rescued it’s impossible to imagine the human effort, and the selflessness that are poured in even the smallest of them. The rescues nominated are of epic proportions, and the stories are really gripping. As a side comment, having read the stories, I would like to learn more. After all, we climbers always try to learn from what happens. Any chance that a supplement can be added with: how many person-hours took the rescue? how many vehicles? helicopter time? I would also welcome the opportunity to meet the nominees, to learn how many volunteers work in these organizations, how many rescues they are called on, and so on. Maybe a link to the relevant sites? This is such a splendid chance to meet and appreciate these teams!! Thanks to all finalists for being there for us.